Winemaker: Edmund Terblanche In 1695, a piece of land in the Franschhoek Valley was granted to German immigrant, Hans Hattingh.

Winemaker: Edmund Terblanche In 1695, a piece of land in the Franschhoek Valley was granted to German immigrant, Hans Hattingh.

In 1709 the land was purchased by French Huguenot Pierre Joubert, who is believed to have named it after the village of his birth in Provence – La Motte d’Aigues. Viticulture on La Motte was established in 1752 with the planting of 4 000 vines by Huguenot descendant Gabriël du Toit.

In 1970 the farm was bought by Dr. Anton Rupert and a major development, restoration and conservation programme followed, which reinvented La Motte into a leading global wine producer and sought-after tourist destination.

Vineyards have been progressively replanted with noble varieties, the latest viticultural practices have been introduced and a modern cellar has been built.

Today, La Motte Wine Estate is operated under the guidance of owner Hanneli Rupert-Koegelenberg and her husband Hein Koegelenberg, Chief Executive Officer of the estate.

The nose of this wine tells the story of how it was made. Raspberry (Merlot), as light herbaciousness (Cabernet Franc) and English toffee (oak) combine in a harmonious way. Malbec and Petit Verdot provide colour and spice.

The palate is juicy and rich and leaves a lingering dry, fresh finish. La Motte Millenium Double click on above image to view full picture 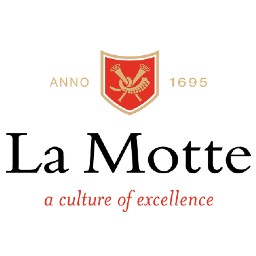