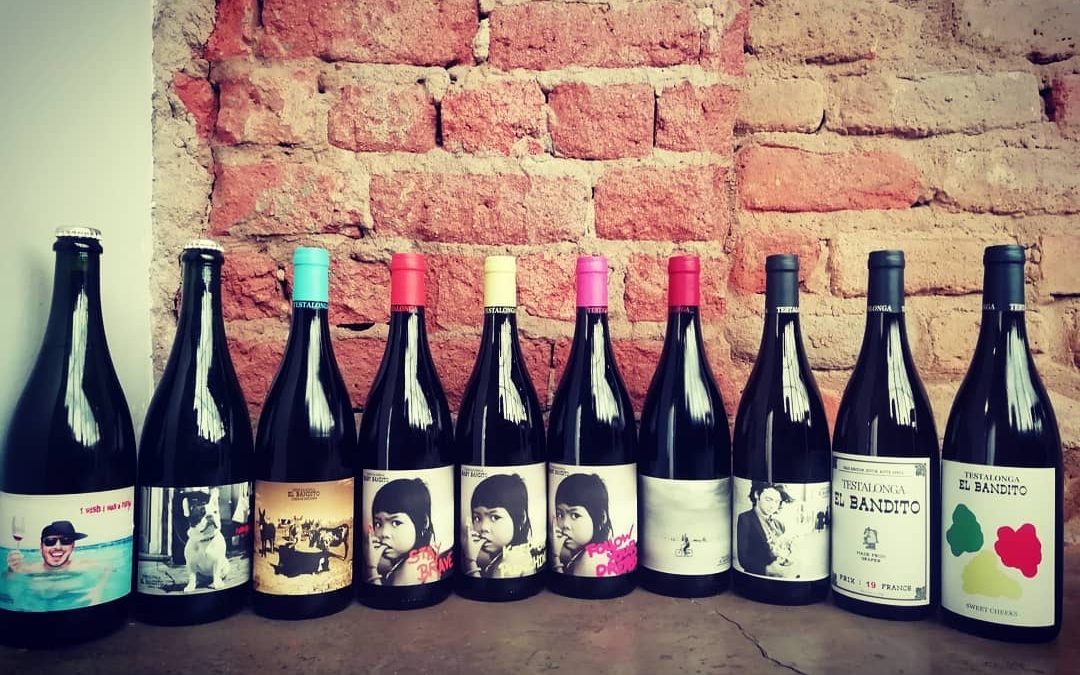 These days there is no shortage of people that get labelled ‘best young winemaker’ or ‘one to watch’.

Testalonga’s Craig Hawkins is constantly described as such in the wine press, but it is beyond doubt that he is now very much established as one of South African Wine finest vignerons.

Craig Hawkins and his wife Carla are one of the South African Wine world’s most interesting enigmas. They operate completely under the radar (try and find them online, we double-dare you!), they’re unassuming and approachable, and yet they’re making some of the most interesting natural wines the Swartland in South Africa has ever seen under their label Testalonga. 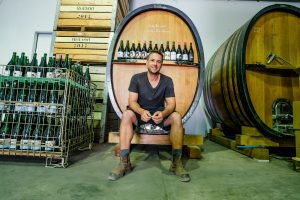 This is a stunning collection of wines that represent the pinnacle of what is possible in South Africa. Thoughtfulness and insight go hand in hand with Craig’s prodigious talent and the result is just wonderful.

Prior to going his own way, Craig was employed at some of the most respected cellars in the Swartland. He came to the Swartland to work for Eben Sadie in 2006 and his wife Carla has been there since 1997. Testalonga was established as a side-line in 2008, and he moved over to Lammershoek in 2009, working there until the end of 2014.

Craig has as view on natural wines and chose to go this route.

Natural wine is a polarising point in the wine world; it can be a rabbit hole of a subject,” says Craig, who has been making natural wine under his own label since 2008. “People are either love it or they hate it. He calls it a movement because this winemaking style has actually been established for a long time, but it was under the radar. 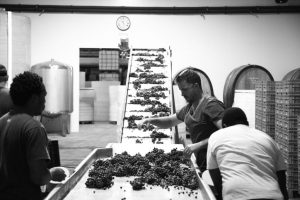 “In essence, natural wines are wines that are farmed organically and made without any additives (yeast, acids, etc.) in the cellar. The only thing they might add is a little bit of Sulphur. In short, with natural wines there are no rules – it’s an embodiment of an ideal rather than a paint-by-numbers approach.”

The first wine Craig and Carla launched under the Testalonga brand in 2008 was a skin-macerated orange wine. This immediately set them apart and paved the way for further exploration and experimentation.

However, they find it important not to place the style of wine they make over everything else they do,” Craig explained. “I make my wines in the style that I like and that happens to be natural wine. I am a purist when it comes to wine; I want to get to the heart of the matter. When I make it as naked as possible, I find I get more pleasure out of what I’m doing. Otherwise, I get bored.”

Funnily enough, even though the Testalonga labels may intimate something else, Craig is actually quite old-school in terms of his approach to winemaking.

For him, wine is about a single vineyard, single soil. He wants to represent that vineyard to the best of his ability. 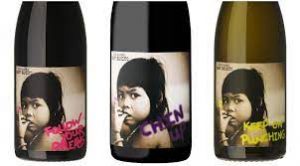 So every label they produce comes from a different vineyard. The amount of wine they produce from every vineyard varies according to the yield – they might do 300 bottles from the one, and 10 000 from another.

Although his wines are single-cultivar, they don’t put the varietals on the labels.

According to Craig, labels provide a further dimension to wine, something he thinks is often overlooked. “When you look at my labels, I want you to feel an emotion; whether you like it or not – I want to evoke a response. 99 times out of a 100 I see people smile. We need to smile more in this world, and I think our labels engage people on a different level,” explains Craig, who designs all of the labels himself.

He attended art at school and it’s something he is very passionate about. He does not have time to paint, so these labels became his canvas. It’s either photos he’s taken, his brother or his wife, Carla. The Baby Bandito photo, for instance, is a picture his brother took of some street art in Cambodia that he played around with and overlaid with quotes by Banksy. It’s all about positivity. When they bought the farm, they started this brand which was all about keep on keeping on. 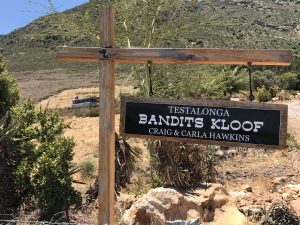 “Other labels feature pictures of a mouse that got stuck under my door, some cows that tried to eat our boxes when we just moved here, and my mate Paul Jordaan in a swimming pool at a braai. If it inspires me, it’s bound to go on a label at some point,” he smiles.

Known for their striking intensity and nervy energy, Craig and Carla’s wines are on the cutting edge of the natural wine movement in their country.

From fascinating variations on Chenin Blanc to their light and crunchy red wines, these are some of the most exciting wines in the New World.