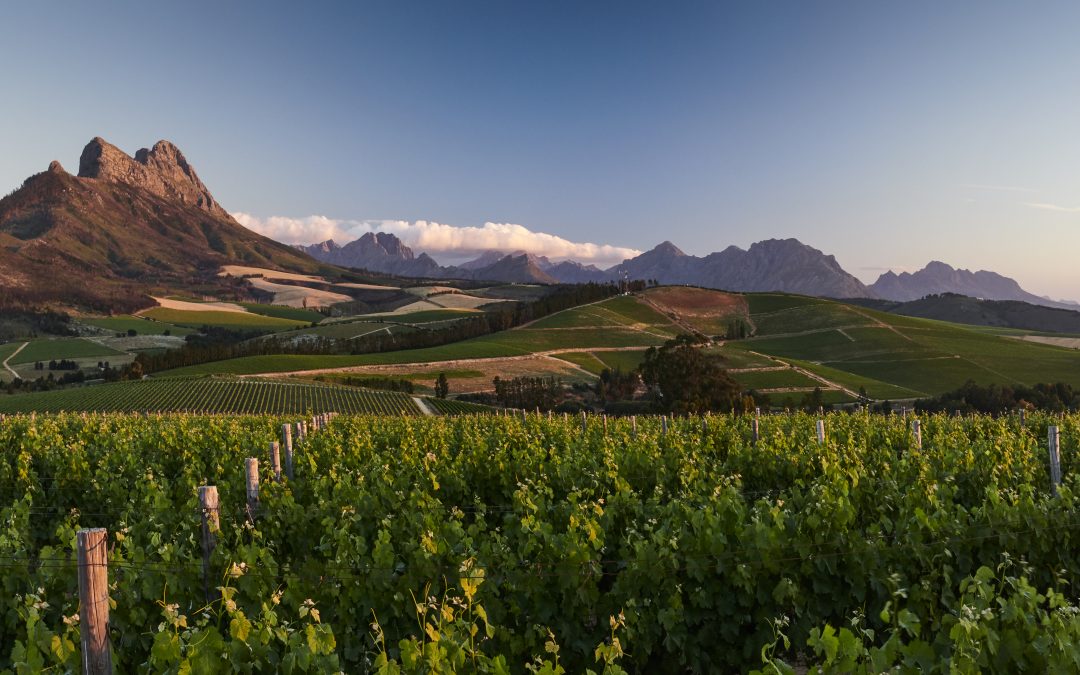 Situated in the foothills and mid-slopes of the Simonsberg Mountain, with altitudes ranging from 240 to 360 metres above sea level, Warwick Wine Estate carries all the elements required to make world-class wine.

It was in 1964 that the Ratcliffe Family arrived on the scene, and it took winemaker Norma Ratcliffe, alongside her husband Stan, twenty years before they released their first wine. Warwick’s La Femme Bleu Cabernet Sauvignon was released in 1984, after which the estate went on to bottle the first ever ‘Cape Blend’ in the world, won multiple international wine awards, appeared on some of the planet’s most prestigious wine lists, and even became a wine of choice for James Bond in one of his many adventures.

In many senses, the Warwick Estate brand that you know today was developed the same way one might nurture a grape vine; through decade upon decade of careful planning, pruning and persistence. In 2018, setting their sights on the future, they acquired the neighboring estate of Uitkyk in the Western Cape of South Arica.

The acquisition of this new land under the leadership of an internationally experienced team is an exciting chapter to have added to Warwick’s history.

But the word ‘history’ can sometimes be limiting too. Because ‘history’ appears to give all the credit to the people and ignores what came earlier. Long before the fruit farm, and long before the Ratcliffe family, this little piece of the planet held greatness in its very soil. And more than just being part of their ‘history’, this land is their heritage.

With cooling factors from both elevation and ocean breezes, as well as a variety of slopes, aspects and soil types, the Warwick vineyards are a mix of classic Bordeaux varieties, with a touch of South African stalwarts like Pinotage and old vine Chenin Blanc.

While Warwick Estate certainly have a rich range of varieties on the estate, the true breadth of expression is not created through grapes alone. Rather it’s a combination of soil and fruit. The quality of their wines is owed as much to the elements and environment as it is to the vineyards and cellar teams.

In this vein, each variety is matched to particular soil types. Vigorous vines like Merlot or Pinotage (that have the potential to produce too much fruit) are often paired with poorer soils, like gravel or loamy clay. These soils allow the vines to struggle a little. The result of this is a smaller berry size with a higher concentration, which makes a better wine!

Chardonnay and Cabernet Franc, in contrast, need to be treated a little more generously. They handle stress worse than a poodle in a python park. So they take care to plant them in slightly richer clay soils.

As for their Cabernet Sauvignon…he’s a slippery customer. He needs plenty of sun to ripen properly, but he can also get bushier than a bramble patch in a Brahmen paddock. They need plenty of sun, but also employ diligent canopy management to keep those leaves in check, creating the perfect conditions to create the Cape’s leading wines.