Haute Cabrière is a wine farm steeped in history and local lore. Originally granted to a French Huguenot farmer, Pierre Jourdan, on the 22 December 1694, it has been part of the Franschhoek Wine Valley fabric for over 300 years.

Haute Cabrière is a wine farm steeped in history and local lore. Originally granted to a French Huguenot farmer, Pierre Jourdan, on the 22 December 1694, it has been part of the Franschhoek Wine Valley fabric for over 300 years.

Being a pioneer is intrinsic to Haute Cabrière and throughout its development and evolution it has always remained true to this heritage.

In 1982, with a pioneering legacy in mind, the vineyards were replanted in the tradition of the Champagne.

The wines and méthode champenoise that Haute Cabrière now create are products of that pivotal decision, made over 28 years ago, to focus on the classic Chardonnay and Pinot Noir cultivars.

Brave unconventional decisions made then ensure that today Achim von Arnim, the famed proprietor, and the Haute Cabrière team, continue to add to the farm’s spirit, by specialising in an enticing range of champenoise which have been named after the original Haute Cabrière trailblazer and founder, Pierre Jourdan.

Combined in perfect proportion, these cultivars create this appealing taste experience which everybody loves.

This wine was blended in the same style as the 2009 vintage, yet the lively fruit and balance of the 2010 vintage are even more enticing than ever before…

Refined and elegant, with a firm acidity in the background.

Achim von Arnim’s philosophy is for the wood to enhance the characteristic flavours of the Pinot Noir cultivar rather than to disguise the flavours with too much wood contact.

The overall impression is of even more elegance than the 2006 vintage, the unmistakable Haute Cabrière style. Serve at “cellar temperature”, a cool 16degrees, for complete enjoyment. 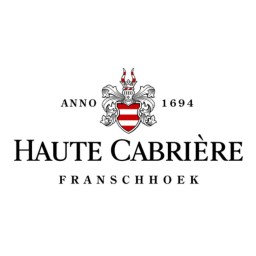