DE TOREN is a boutique Private Cellar, established by Emil Sonette Den Dulk in 1994. The site for the vineyards was selected based on the location (and the view!) with breathtaking vistas extending from Table Mountain in the West, Cape Point in the South, False Bay, Hang Klip and ends with Helderberg and Stellenbosch Mountains in the East.

The farm was named DE TOREN which translated from Dutch means the tower and refers to the winery structure which allows for gravity-flow winemaking. The farms maiden release was the 1999 vintage Fusion V a Cabernet Sauvignon driven five varietal Bordeaux style blend a first for South Africa wine industry.

The 1999 vintage received a gold medal from the IWSC competition and 90 points by both Parker and Wine Spectator, placing DE TOREN immediately amongst the world elite. Later vintages have continued to build upon that reputation, gathering numerous accolades and featuring with regularity on the short list of wines deemed worthy of 5 STARS by John Platter.

DE TOREN FUSION V was the first wine released, with the maiden vintage in 1999.

The name refers to the ‘fusing’ together of the five Bordeaux varietals; Cabernet Sauvignon, Cabernet Franc, Petit Verdot, Merlot and Malbec.

Cabernet Sauvignon is the backbone of this wine and it makes up between 50-60% of the final blend.

DE TOREN Z was the second wine released, with the first vintage in 2004. The name “Z” (pronounced ‘Zee’) refers to the ‘Zephyr’ wind; the cooling sea breeze that sweeps its way through this specific vineyard block, which has adopted the same name.

Similar to DE TOREN’s FUSION V, the blend comprises of only the five noble Bordeaux varietals, but the block’s soil, which is higher in clay content, lends itself more to the flavor profiles of Merlot.

It’s early ripening characteristics, lower tannin content and more fruit-forward flavours make up the backbone of this wine; a minimum of 50% of the final blend. 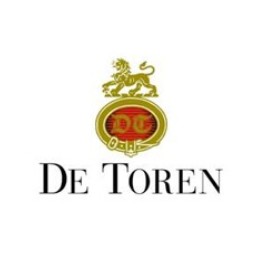