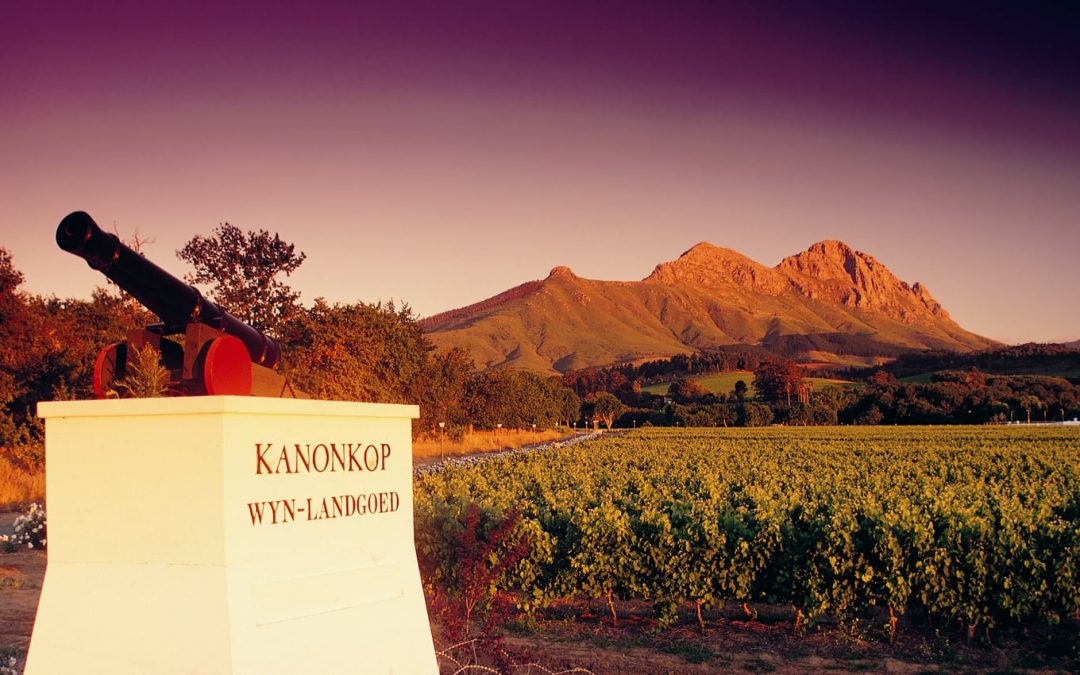 Kamala Harris, current US Vice President is quoted as saying “You never have to ask anyone’s permission to lead, just lead!”

I see this message every day as it’s on the kitchen calendar. This got me thinking as I was preparing to put this narrative together. Kanonkop have never asked permission, they’ve just got about their business. The business of wine, as Johann Krige, Kanonkop Wine’s CEO puts it.

Kanonkop Wine estate in the heart of Stellenbosch

The Iconic Kanonkop Estate, located in one of the most scenic wine regions in the world, Stellenbosch, South Africa, is a 4th generation family owned wine estate. To many, including Tim Atkin MW, Kanonkop is considered to be South Africa’s equivalent of a “First Growth”, and it’s easy to see why. Kanonkop’s first wines were released in 1973, and its been an upward trajectory ever since. 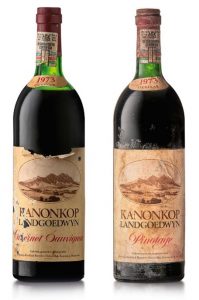 The name Kanonkop originates from a hill or ‘kop’ on the Simonsberg Mountain behind the estate. During both the 17th & 18th centuries, a cannon was fired from the top of this ‘kop’ to signal the arrival of passing ships into Table Bay. The roar of the cannon would result in a flurry of activity amongst the local farmers, who would load up their wagons with fresh fruit and vegetables and commence the 50 km trip to Cape Town harbour… and the name Kanonkop came to be. 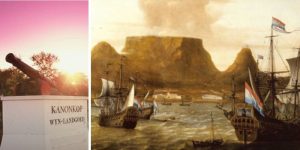 The pedigree of excellence, leadership and innovation flowing through the veins of Kanonkop reads like a who’s who of wine industry superstars. The story starts with Paul Sauer, the first owner of Kanonkop who transformed 85 hectares of virgin land into 100 hectares harvesting 1400 tons of grapes annually by 1960. All of the fruit was contracted to the Stellenbosch Farmers Winery Co-operative at this stage. 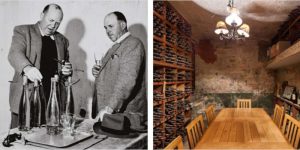 “Since Roman times the wine farmer was recognised as a cultured man of the soil. The other farmers were cattle herders and ploughmen, but the wine farmer … now he was the one that moved among the poets and the philosophers. Let’s face it, which poet ever sang the praises of the potato? Show me the philosopher that extolled the virtues of the humble cabbage?”

In 1968, Jan “Boland” Coetzee, became Kanonkop’s first official winemaker. He immediately set about removing all Shiraz vines and replaced them with Cabernet Sauvignon… as well as bottling some of Kanonkop’s wines under the Kanonkop name, instead of selling all of the fruit to the Stellenbosch Farmers Winery Co-operative. The first bottle of Kanonkop, a 1974 red, cost R1.95 per bottle, or in Australian dollar terms at today’s exchange rate – 20 cents. Jan was a prolific rugby union player, representing both Western Province and the Springboks. 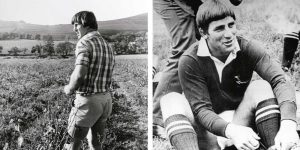 In 1980, Beyers Truter took over the keys to the Kanonkop cellar, and set in stone practices that remain key to Kanonkop’s winemaking reverence – harvesting blocks separately, fermenting grapes apart in open concrete tanks and optimising colour and tannin extraction – all critical in creating greater complexity in the estates wines. Beyers is referred to as the Prince of Pinotage. This is due to his obsession with the grape and his crusade to have the variety recognised as a wine capable of standing alongside the great wines of the world. Beyers was also the man responsible for creating the wine generally regarded as South Africa’s finest red wine – the iconic Paul Sauer Bordeaux blend. 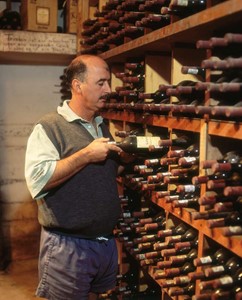 “I knew Pinotage could make great wine. It began to consume me” Beyers Truter

Under the current Chief Winemaker, Abrie Beeslaar who took control in 2003, Kanonkop has more than anchored its place as one of South Africa’s greatest producers. In 2008, 2015 & 2017, Abrie was nominated as the International Winemaker of the year, and in 2018 the 1st 100 point score was awarded to a South African Winemaker for the Kanonkop Paul Sauer 2015. The list of accolades, trophies and certificates is endless. 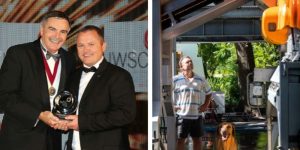 The Krige Brothers are the custodians of Paul Sauer’s legacy – the grandsons who oversee the daily operations. Paul started working on the estate in 1984, followed by Johann in 1990. It was a set of decisions made by the Krige family back in 1986 that has ultimately led to Kanonkop attaining that “First Growth” status. Focus.

Firstly, if Kanonkop was going to have a future as a premium wine estate, it would have to stick to what it was good at. The potential lay in red varieties, specifically Cabernet Sauvignon and Pinotage, as well as Merlot and Cabernet Franc. This was the turning point that changed the destiny of Kanonkop. The call was made simply as a result of the Kanonkop terroir. Sauvignon Blanc, Chenin Blanc, Pinot Noir and Riesling were removed from the offering. Secondly, in 1986 Kanonkop stopped making wine for Stellenbosch Farmers Winery all together, and bottled everything under its own label.

For Paul & Johann, every bottle of wine bearing the Kanonkop label is more than a bottle of wine from the farm they own. It is a part of their being, something they, their grandfather and their parents have shaped into one of the world’s great wines. 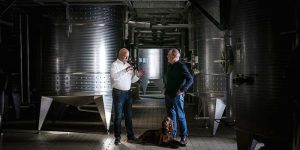 There are countless adjectives to describe the wines of Kanonkop – Trailblazers is a favourite, but perhaps the best is consistent. Consistently focussed on the pursuit of excellence.

We want you to experience the magic of the wines from Kanonkop. So, we have compiled a mixed case featuring 4 wines from the Kadette range, and 2 wines from the Estate Range – the “Introduction to Excellence” pack. These wines are all new vintages just received into the Sydney warehouse and we just know you are going to be swept off your feet, just like we were. The reviews below speak for themselves.

“Don’t be intimidated by the pretentiousness of those who purport to be wine connoisseurs. Please, do not allow them to get in your way and don’t allow the snobs to terrorise you. Don’t become obsessed with the ‘right’ wine. Decide for yourself what a good wine tastes like. For you, the best wine is the wine that tastes the best, and to hell with the rest.” Paul Sauer 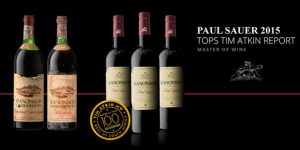 What are your thoughts on the leaders In South African wine?