Cabernet Franc (often shortened to “cab franc”) is a French red wine grape that is planted in all major wine-producing regions of the world. It is usually blended with other grapes in Bordeaux-style red wines, but Cabernet Franc is also made as a single-varietal wine in some regions. Cabernet Franc is one of three main grapes used in Bordeaux wine blends. The grape reaches its best expression and potential in the limestone soils found in the Bordeaux wine appellation.

Cabernet Franc’s history begins many hundreds of years ago in the Basque country, where southwest France meets Spain. The origin of such an old grape’s name is unclear, but it may come from the Latin for “black vine of France.” The grape is called bouchet in Bordeaux, where it has grown since at least the seventeenth century. 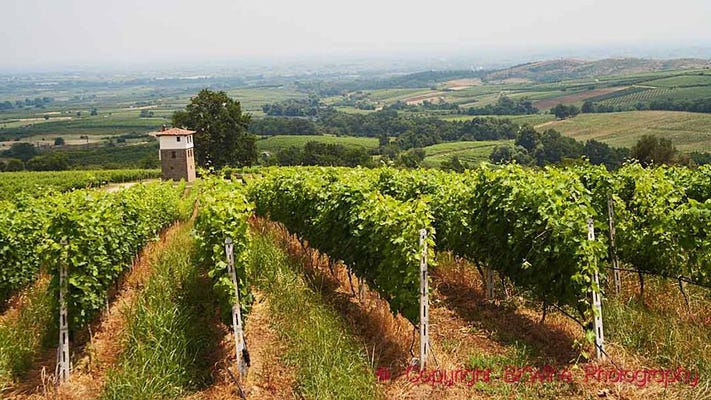 That being said, Cabernet Franc still remains one of the world’s top 20 most popular grape varieties. In fact, Cabernet Franc is so popular, the grape has its own holiday, International Cabernet Day is celebrated every August 30.

This makes the grape better suited to slightly cooler climates and cooler vintages than Cabernet Sauvignon. Cabernet Franc performs best in stone and chalk soils as well as in sandy terroir.

Cabernet Franc is a parent of Cabernet Sauvignon. The other parent grape is Sauvignon Blanc. A natural crossing of the two brings us the grape many see as the grandest of them all (Cabernet Sauvignon).

What Are the Characteristics of the Cabernet Franc Grape?

Hardy. The vine can adapt to many climates, including cold ones. It grows well in many types of soil.

Thin skinned. This yields a wine that is more moderate in tannin and lighter in color and body than Cabernet Sauvignon.

Pyrazinic. This means they contain the same compound that gives bell pepper and jalapeño their grassy, herbaceous aroma.

Cabernet Franc is produced as a single-varietal red wine in the Loire Valley and in the United States.

Along with Cabernet Sauvignon and Merlot, it is one of the three main grapes that make up French Bordeaux wines and Bordeaux-style red blends (sometimes labeled Meritage).

The Anjou region of the Loire Valley produces rosé wines with Cabernet Franc as a component, which is usually blended with Cabernet Sauvignon. 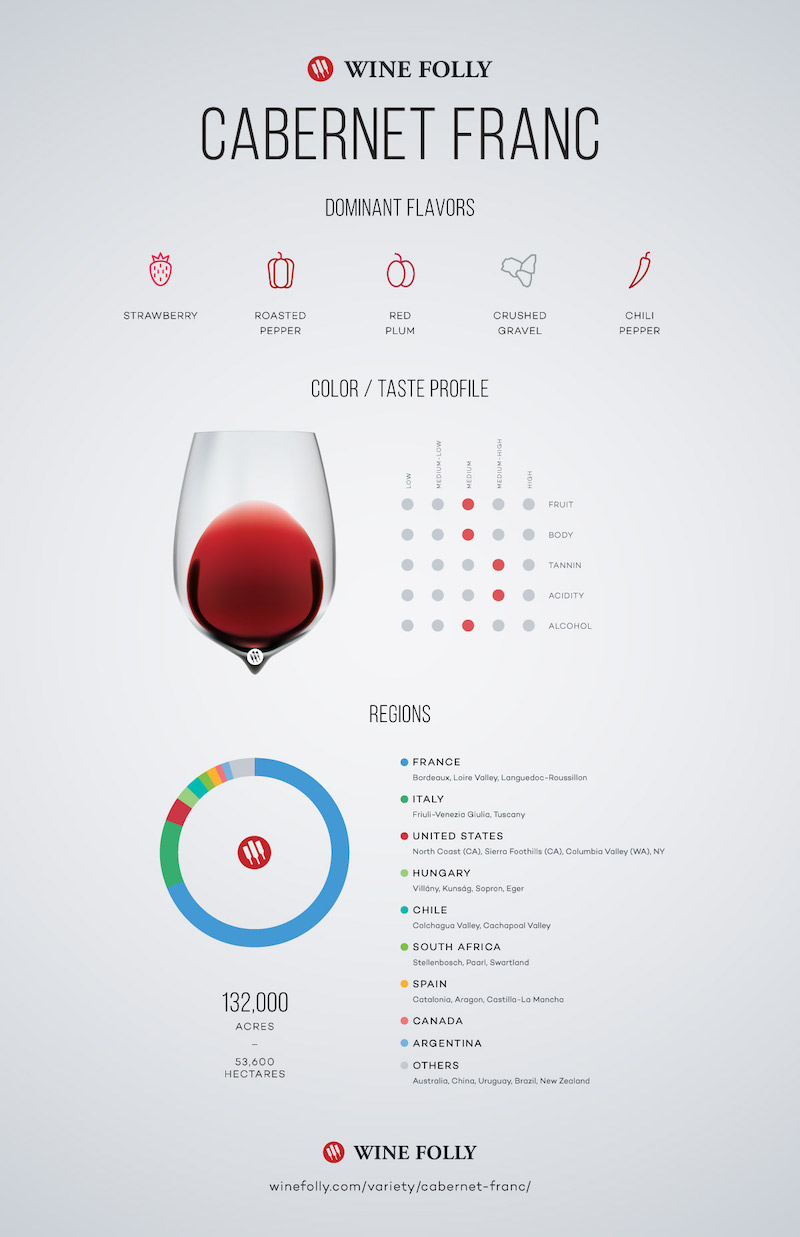 Cabernet Franc can withstand cold weather and has little trouble ripening, so it grows well in all winemaking regions of the world. There are still some notable Cabernet Franc-growing regions, which include:

Where Cabernet Franc thrives in the region’s limestone, clay, and sandy gravel. The most famous wine with a high proportion of Cabernet Franc from the region is Château Cheval Blanc, which combines around two thirds Cabernet Franc with one third merlot. Cabernet Franc plays a smaller role in blends of the Left Bank of Bordeaux.

These Cabernet Francs are usually simple wines that showcase the grape’s raspberry and graphite aspects. Cabernet Franc from this region is rarely aged in oak and should be drunk young.

Boasting many acres dedicated to Cabernet Franc in Friuli, in the northeast of the country. In Bolgheri, the central Italian appellation known for its “Super Tuscan” red blends, Cabernet Franc is blended with Cabernet Sauvignon.

They grow Cabernet Franc on both the east and west coasts. The cool climate of New York’s Finger Lakes and Long Island are perfect for Loire-esque Cabernet Franc, which has become the signature red grape of the state. Fuller-bodied, fruitier Cabernet Francs come from warmer regions in Washington State and from the Sonoma and Napa Valley regions in California. Canada’s Okanagan valley is fast becoming recognized for some of the most exciting Cabernet Franc produced anywhere in the world.

Small quantities of Cabernet Franc are made in Chile, Argentina, and South Africa. New Zealand also grows Cabernet Franc, where the grape is more elegant and delicate in flavor, a result of the cool southerly climate. View our South African Wine.

While Cabernet Franc in Australia has historically been used in blends, with the move towards lighter, fresher style red wines, you may have started to see more straight examples.

The styles made in Australia mirror what you can find in France. There are bigger muscular wines that showcase the tannins, a la Bordeaux, as well as fresh, lighter bodied styles that mirror those from the Loire Valley.

Cabernet Franc prefers a cooler climate; however, it makes sense that it thrives in regions that do Cabernet Sauvignon well. Look out for examples from Coonawarra, Yarra Valley, Adelaide Hills, Orange and Margaret River. 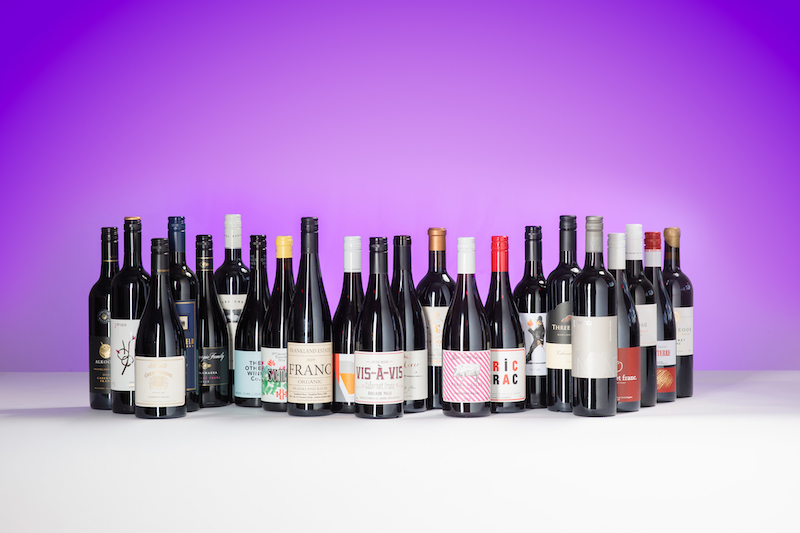