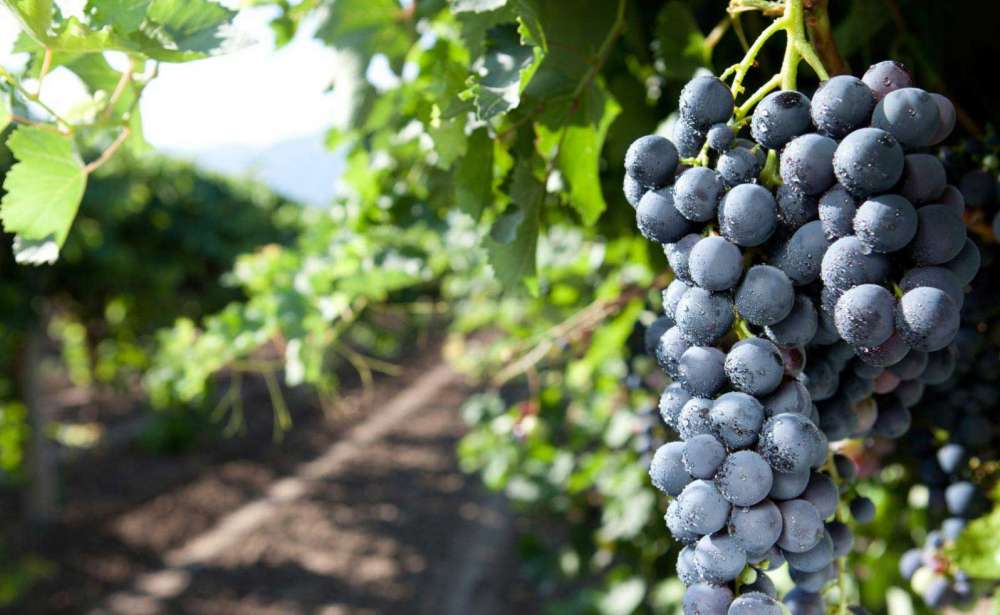 The Nero story begins in Avola on the southern tip of Sicily, where according to historians, transient Greek residents planted the varietal and the vines proliferated from there.

“The Black Grape of Avola” appears to have been selected by growers near Avola (a small town in south east Sicily) several hundred years ago. Initially, it was confined to the southern tip of the island but more recently has spread throughout the island. It is also known as Calabrese, suggesting origins in Calabria on the mainland. Also known as “Calabrese”, would lead us to believe the source from Calabria. In fact, even though it was possible to reconstruct the origins of this red grape variety planted for centuries almost exclusively in Sicily and is one of the best red grapes of the region. The producers of the island voted to use it as frequently by itself for producing wines of finesse and aromatic body, often capable of long aging.

Nero d’Avola (“Black of Avola” in Italian) is “the most important red wine grape in Sicily” and is one of Italy’s most important indigenous varieties. The wines are compared to New World Shiraz, with sweet tannins and plum or peppery flavours. 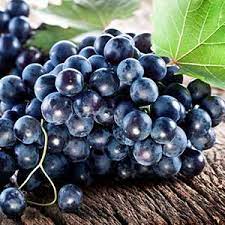 Total plantings of the variety fell by a third in the 1980s to about 14,000 ha’, but high-quality-minded producers on the island value the body and ageing potential which Nero d’Avola can bring to a blend. Varietal Nero d’Avola has shown itself as a fine candidate for oak maturation. The area of Avola itself is in the southern part of the province of Siracusa and nearby Pachino, on the extreme south eastern tip of the island, it is particularly renowned for the quality of its Nero d’Avola grapes.

Nero d’Avola is a perfect grape choice for Australia given its love of hot, dry climates.

Australia is vast, with the climate richly diverse. And the wine regions are just as varied, with grapes grown in some cool and lofty places, as well as those low-lying and relentlessly hot. And with those hot places not looking like cooling down anytime soon, growers around the country are turning to varieties that do not just tolerate the heat, but genuinely relish it. Sicily’s Nero d’Avola has been leading the pack for sun-loving varieties, rapidly inserting itself into the thinking of growers, winemakers, and drinkers alike, with the number of plantings and bottled expressions expanding exponentially. When you think that the first Australian example was only made a little over a decade ago, it’s an extraordinary rise. And, well, that means a Deep Dive is in order. 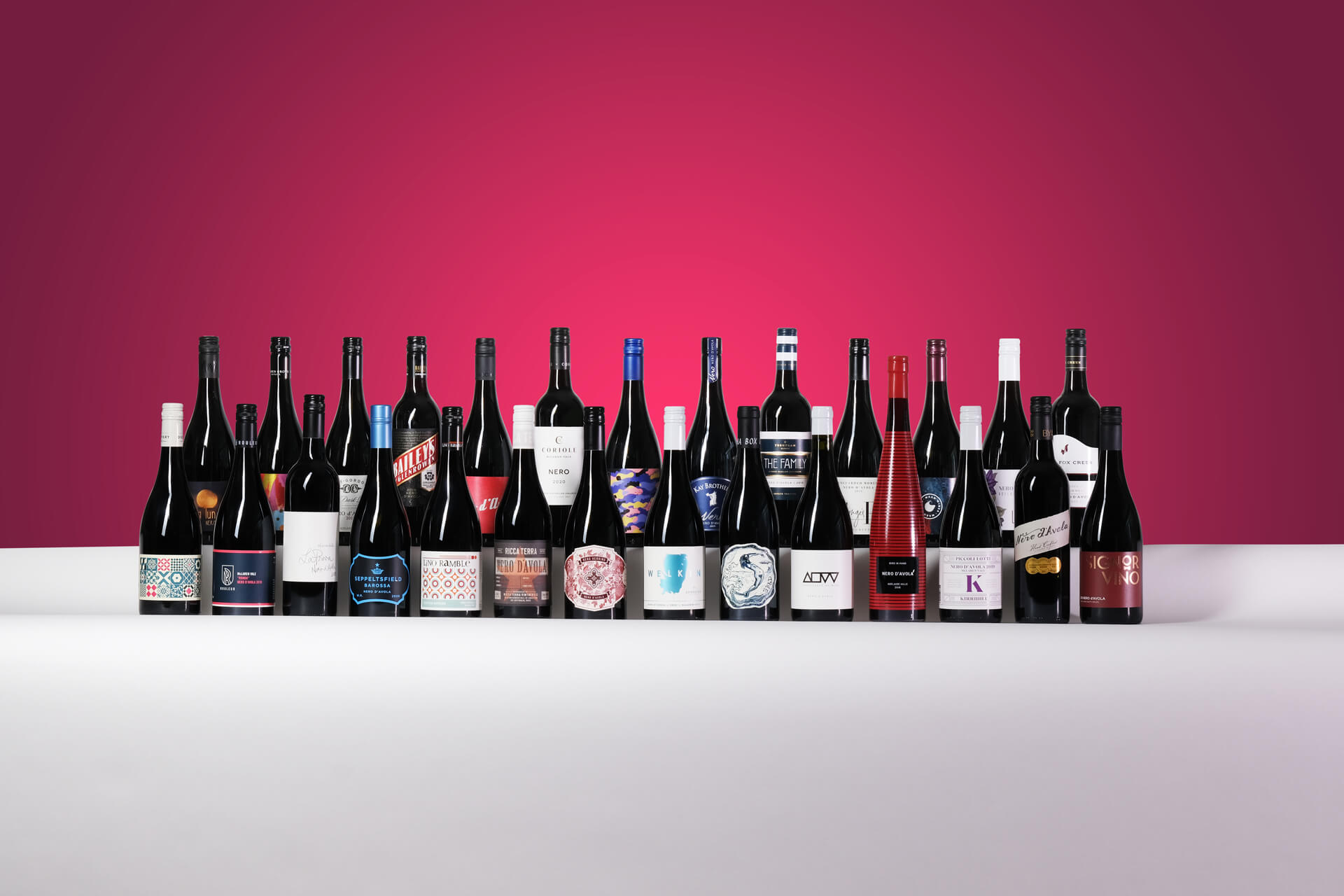 The dark-coloured grapes (“Nero”) thrived in the hot and dry conditions and retained their natural acidity through a warm ripening process. Considered environmentally friendly due to its need of little by way of irrigation, the grape has become a pin up poster boy for warm dry climates around the globe, including regions like McLaren Vale in South Australia and the Murray Darling regions in NSW.

Some of the leaders in the production of Nero is producers like Berg Herring, Fox Creek, Golden Grove Estate, Tellurian and Aphelion Wines. Flying the flag for Nero in Australia! 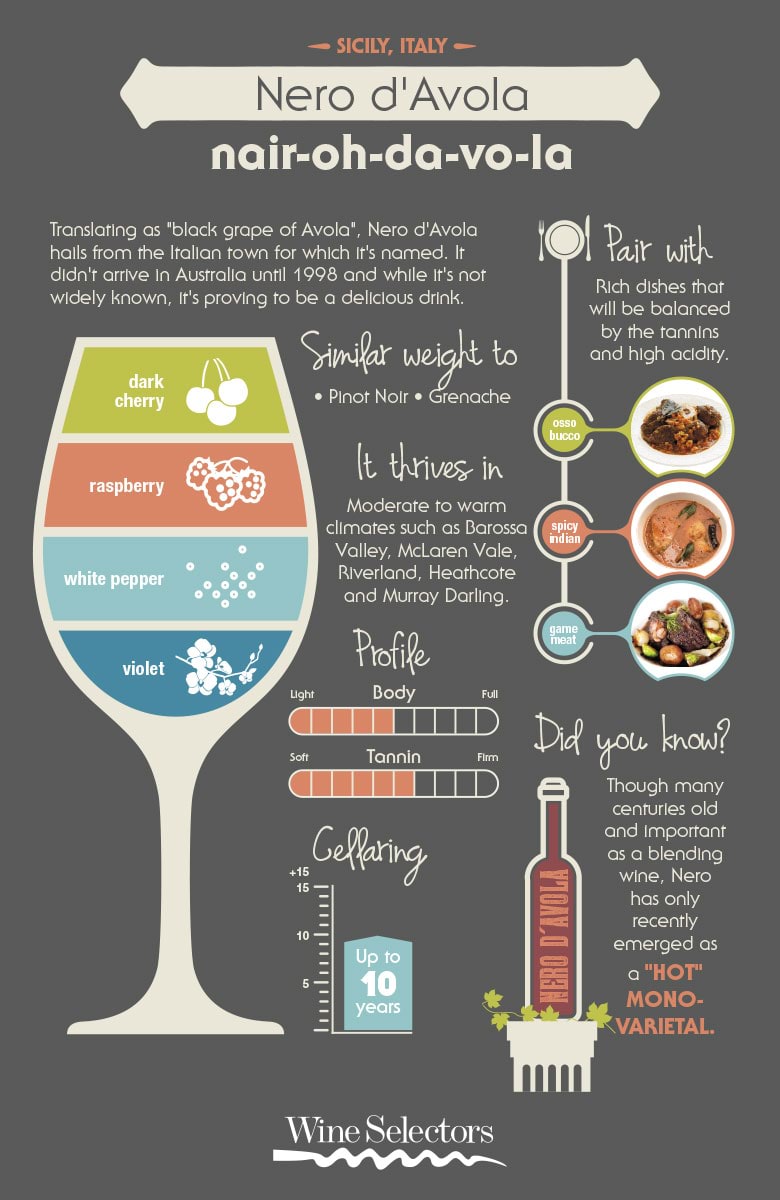