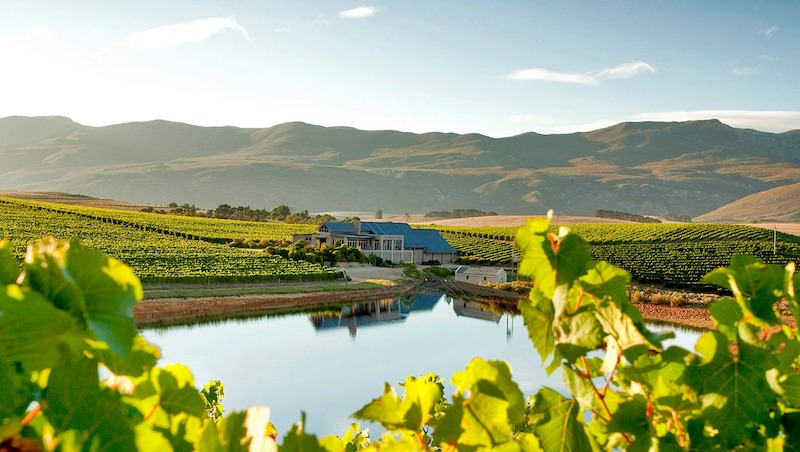 In the heart of South Africa’s cool-climate Hemel-en-Aarde Ridge Ward, a mere 15 minutes’ drive from the coastal resort of Hermanus, a glorious wine destination beckons. When Mother Nature created this tiny piece of paradise, she bestowed upon it not only exceptional winegrowing conditions, but also spectacular beauty.

It is here that you will find Creation Wines.

Situated in South Africa’s sought-after Walker Bay Wine Region, every dawn brings an exciting new challenge and innovation is a way of life. 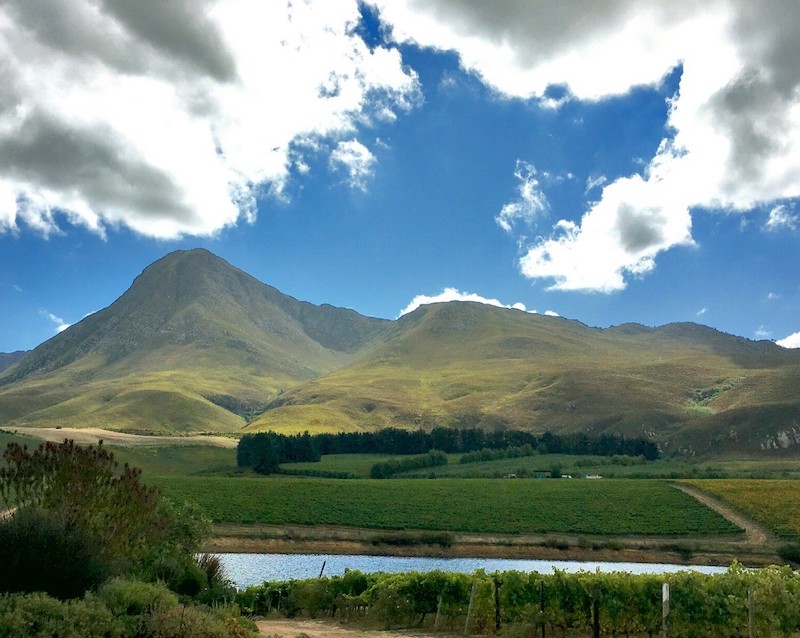 The name ‘Creation’ is a tribute to the riches Mother Nature has bestowed upon the scenic estate. It is also a reference to the fact that the land had never been planted to vines before 2002 when owners Jean-Claude (JC) and Carolyn Martin arrived on the farm.

In 2002 they took up the challenge of establishing a winery in a remote corner of the Walker Bay Wine Region, they did so with the courage of their conviction. The 40 hectares of undulating land on the lofty Hemel-en-Aarde Ridge had never been planted to vines before, but recognising the vast potential, they set out with tenacity and determination to transform it into a model wine farm. No easy feat, but then the Swiss-born JC and South African-born Carolyn (née Finlayson) both come from wine pioneering stock spanning at least three generations and two continents! 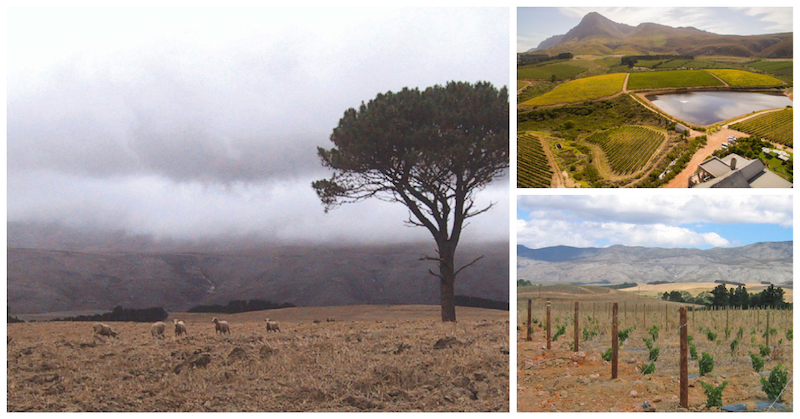 However, to establish a winery from scratch in a remote corner without cell phone reception or facilities like fresh running water required resilience.

Hard work, to say the least. Other challenges included recruiting the right team, getting the Creation trademark registered and convincing their target market that the Swiss do not only produce chocolate, cheese and watches!

Like its owners, Creation’s destiny was written in the stars.

And this was made abundantly clear when the first grapes were harvested in 2006 – the quality was exceptional.

Situated high up the Hemel-en-Aarde Ridge, Creation’s vines climb the steep hills of Babylon Toren Mountain to a lofty altitude of 350 metres above sea level. Here they bask in generous sunlight, flourish in 450-million-year-old clay loam soils with decomposed Bokkeveld shale and dance in the cool breezes blowing in from the nearby Atlantic Ocean. During the annual growth period, temperatures rarely exceed 30° C, while the cool night index throughout the year is 12° C lower than the day-time temperature.

These factors result in full-flavoured grapes of outstanding quality, allowing for the creation of complex wines with length and depth.

Creation Wines modern cellar was completed in time for the 2007 vintage and features state-of-the-art equipment imported from Germany, Switzerland and France. Ranging from a pneumatic punch-down system to stainless steel tanks with built-in cooling and heating systems, they believe that their vinification facilities are worthy of the superb grapes harvested on their farm.

All of their red wines are matured under optimum conditions in 225-litre French oak barriques. 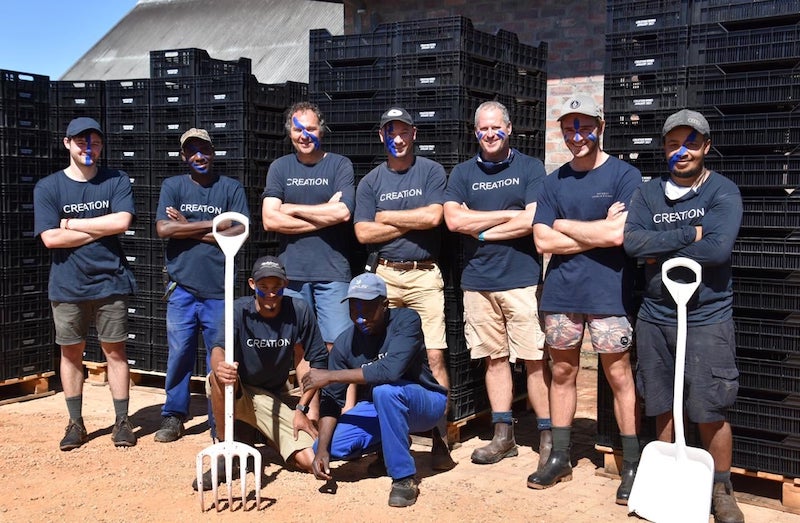 But Creation is more than an award-winning wine estate. It is a destination offering a wonderful range of experiences, among which an exciting repertoire of no less than seven wine and food pairing options. According to Carolyn Martin – a pairing expert of note – the menus are created by a talented culinary team, “to bring their guests a feast of aromas, flavours, textures and colours.”

An impressive list of accolades affirms the estate’s reputation as an innovative trendsetter in this field with offerings ranging from the famous Story of Creation Pairing Menu to the 10 AM Brunch Pairing and the popular Small Plate Pairing, to mention but a few.

At the recently held 2020 Wine & Food Tourism Awards, Creation Wines was recognised for the second time as one of the top three honourees in the Innovation category. The awards were established in 2019 to inspire and promote local wine, food and hospitality in a variety of categories.

Today, more than a decade after the first fledgling vine took root in the virgin earth, Creation clearly lives up to its evocative name. Constant innovation has positioned it among the Cape’s top wineries while a steady flow of prestigious accolades has elevated it high up among the star performers. 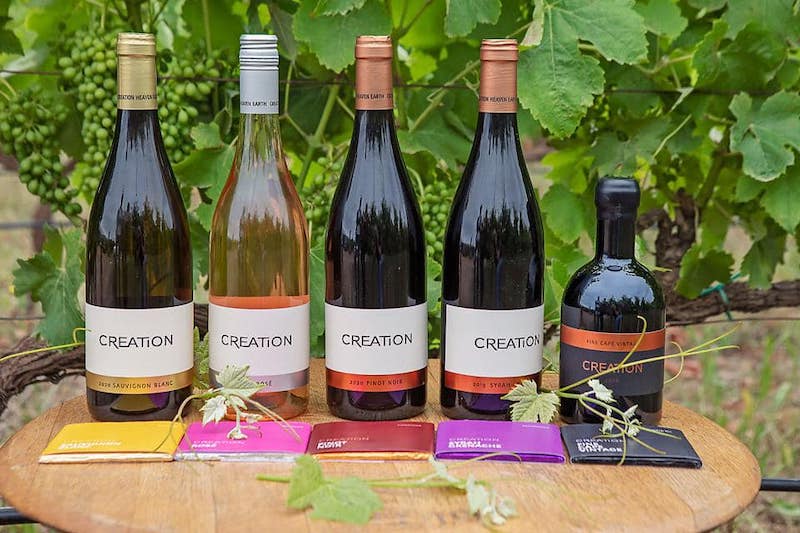